Imagine what it must have been like to have seen the first x-ray picture of the living human hand? Or of a set of ribs inside a chest?

In the late 19th century “fluoroscopes” were the precursors of our modern x-ray machines and must have had the same “wow” factor as the first television sets.

(Fluoroscopes provided moving images…so you could see your fingers wiggling back at you!)

The discovery of x-rays was a game changer for the medical professions.

In 1895 the German physicist Wilhelm Roentgen discovered a new type of radiation which he called “X radiation” (as it was “unknown”). He found that they could pass through solid objects… books, papers… and of course his wife’s hand!

Frau Roentgen’s hand became the first ever medical x-ray (she apparently said “I have seen my death”). The radiation became known as “X rays” (but are still called Roentgen rays in some other languages).

We all know that x-rays need to be used safely. But that wasn’t known by the early pioneers of this scientific discovery. The first users of x-ray machines inadvertently subjected themselves to high doses of x-rays. X-ray machines were brought along to dinner parties where the taking of a chest x-ray was viewed as a diverting parlour trick!

Radiation was “fashionable” in other ways…it was considered to be a healthy in small doses. Water from hot springs had been found to be radioactive due to the presence of the metal Radium and these springs became popular health tourism destinations. Radium products were incorporated into bath salts, toothpastes, hair creams… even food!

How do they work?

Nowadays the use of x-rays (and of radioactive substances in general) is rather more controlled! Healthcare professionals have rigorous training to ensure that the right x-rays are taken safely for our patients.

But how do this technique actually work? What is so special about x-rays?

X-rays are part of the electromagnetic spectrum (EMS). Visible light is also part of the EMS and has energy waves of differing “wavelengths” which you see in a rainbow. Red represents longer waves, violet shorter, with all the colours we know in between (Richard Of York… etc).

If visible light hit an opaque (i.e. non-transparent) object such as a hand, some of the waves are absorbed, some are reflected (this contributes to what we see as the “colour” of the hand). But none of them pass through.

If x-rays hit a hand, some of them pass right through and some will be blocked. And what kind of substance blocks x-rays? Bone.

So if a photosensitive plate is placed behind the hand, it will pick up all the x-rays that have passed through but none of those that were blocked. This is what gives the white/ black look on a x-ray film… and how we can see the bones of your hand.

X-ray films allow us to see limb fractures, bone abnormalities and signs of infection. They can pick up anatomical features, fluid levels and even soft tissues shadows.

“Barium swallows” can help diagnose problems of the gastrointestinal tract.  CT scans can produce detailed images of structures in your body such as the internal organs, blood vessels and tumours.

And what about orthodontics?

Most patients who start orthodontic treatment have dental x-rays taken before braces are fitted. What kind of things are we looking for?

There are other reasons why dental x-rays may be taken by your orthodontist. We will always let you know why they are being taken… and we will be more than happy to show you what you look like on film!!

How Stuff Works – Learn about everything!

« Retention Seeking | Down to the wire » 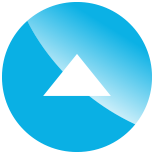 This website uses cookies to improve your experience while you navigate through the website. Out of these cookies, the cookies that are categorized as necessary are stored on your browser as they are essential for the working of basic functionalities of the website. We also use third-party cookies that help us analyze and understand how you use this website. These cookies will be stored in your browser only with your consent. You also have the option to opt-out of these cookies. But opting out of some of these cookies may have an effect on your browsing experience.
Necessary Always Enabled
Necessary cookies are absolutely essential for the website to function properly. This category only includes cookies that ensures basic functionalities and security features of the website. These cookies do not store any personal information.
Analytics
Analytical cookies are used to understand how visitors interact with the website. These cookies help provide information on metrics the number of visitors, bounce rate, traffic source, etc.
Performance
Performance cookies are used to understand and analyze the key performance indexes of the website which helps in delivering a better user experience for the visitors.
Advertisement
Advertisement cookies are used to provide visitors with relevant ads and marketing campaigns. These cookies track visitors across websites and collect information to provide customized ads.
Other
No description
Others
Other uncategorized cookies are those that are being analyzed and have not been classified into a category as yet.
Save & Accept
Powered by